Stander use in schools

Hi, our child uses a stander at school for 3 years to prevent tightening of hip muscles and bone strengthening. The school now is saying that they don't have to use the stander because it's a medical need and not school related. But under FAPE and health related needs I thought they had to allow this accommodation if needed medically to allow her to attend school and get around. It is being done at school as there isn't enough time to be able to consistently do it at home due to working late or therapy/doctor's appointments . Can they refuse a health related need even if it's medical and not school related (this is school related because she would end up not being able to walk any more or her hips would get dislocated)? Recommendations?

They are also saying no one uses a stander in school if they use crutches and can walk in the school setting. That  wheelchair users only uses the stander.

8 answers to this question 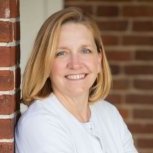 It's always amazing to me, the things they will choose to push back on.   Make your request in writing, that this is added to the IEP. If they refuse, ask for their refusal on a PWN and use

Regarding the bullying, I'm so sorry you're dealing with this. And, it sounds like your school has a "blame the victim" mentality. As in, if only she didn't have crutches/stander, she wouldn't get bul